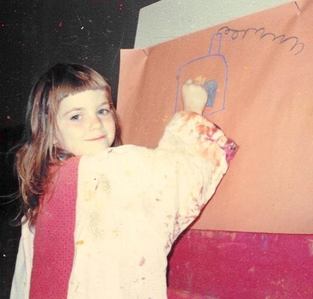 Photo by Mrs. O'Neil (Kindergarten Teacher)
For Sherry, creating art goes back as far as her memory.  She grew up in a world where joy was found in painting discarded bottles and decorating rocks with flowers made of papier mâché.  From early in life she decided that the ordinary paraphernalia all around her simply needed to be cut in half, glued together, and then painted to expose its intrinsic delight.  This vision of the world, along with her relationship with art as both joy and therapy, has served as a baseline for Sherry in spite of what she saw as the financial and perfunctory obligations of living.

Sherry spent a quarter century working for the U.S. Postal Service and, mid-career, attended Golden Gate University to improve her standing with a Bachelor of Science degree in operations and supply-chain management.  When her position with the Postal Service moved out of state she opted to turn her attention to her community and the art inside her.  Although she had been creating art all along between shifts, it was now time to let ‘er rip and have some fun.

Known artistically as a mixed media mosaic artist, in the early 2000's she attended the True Mosaics/Institute of Mosaic Art in Oakland, California, where she studied under the the vibrant mosaic artist Laurel True.  Sherry’s approach to creating and sharing art is steeped in the spirit of collaboration and inclusion. She’s become a solid contributor to the blossoming art community of Vallejo, California, where she currently lives. 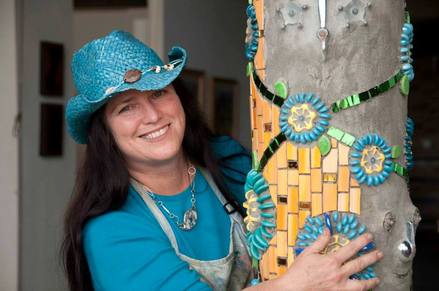 Photo by SN Jacobson
She wants her art to be fun, and to engage the imagination and creativity of other people, much the way the art of others has done for her.  Her art has been inspired by and bears the creative influences of other artists such as Laurel True, Isaiah Zagar, Niki St. Phalle, Clayton Bailey, and Allen Christian.  Sherry’s art is accessible and energetic.  It encourages a reaction from the viewer whether that response is amazement, amusement, or even just a smile. Sherry enjoys anonymous opportunities to observe reactions of people experiencing her work.

Her art is strongly eye catching and often surprising, and she loves the opportunity to place her sculptures into settings beyond the gallery.  One of Sherry’s most renowned pieces is also her modus transportius.  She drives a bright red ladybug pickup truck, which is often towing a matching long-lashed ladybug trailer, the latter of which serves as a personally curated art gallery.

Sherry hopes her art stretches the mind of the observer to perceive what, to her, is the art in ordinary things.  In addition, she looks to mundane objects to expand her own creativity.  For example, Sherry really loves to use toilet flush knobs in her work.  She finds that they make perfect noses for sculptures.

Sherry's artwork has been published in 3 books: 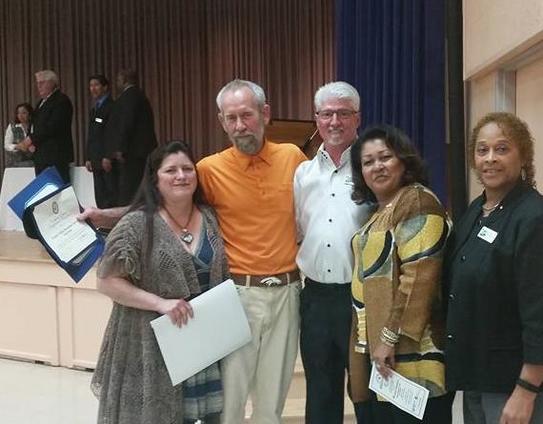 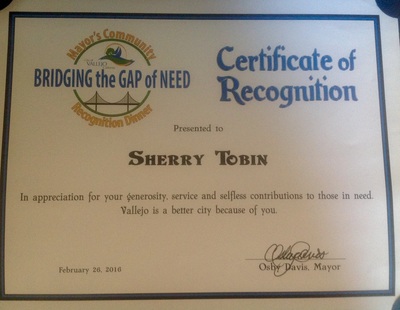 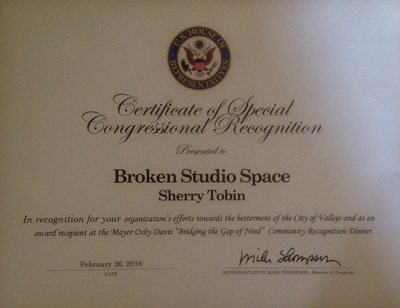 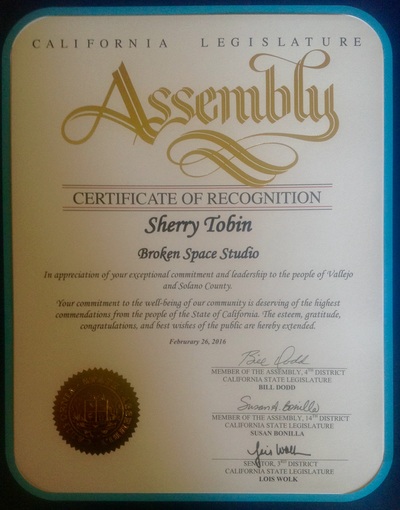 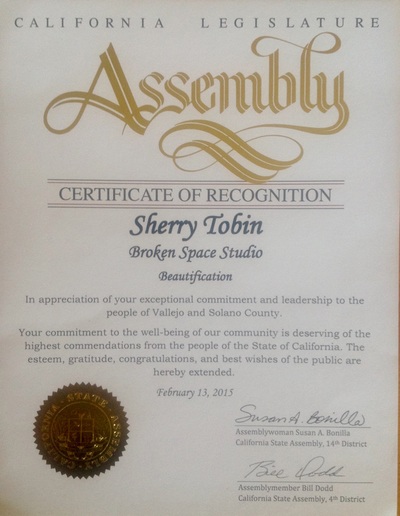 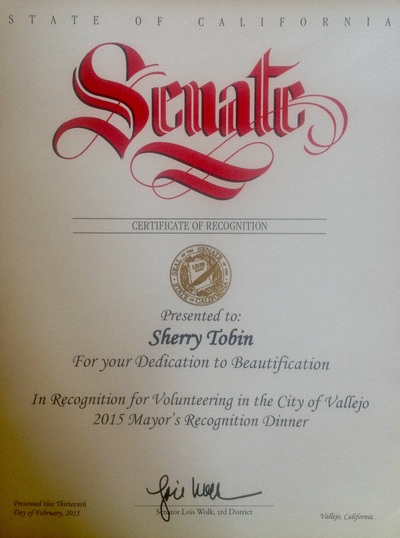 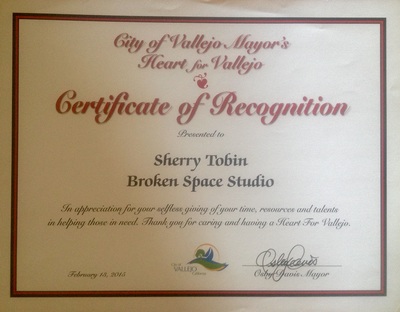 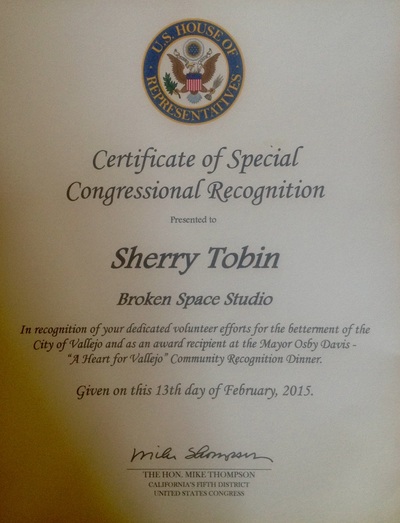